(Wow…it’s been awhile since I’ve written a blog post. I’ve got to get better at this blogging thing….)

So I just finished a new draft of a novel that I’m sending over to my amazing agent, Jim, tomorrow morning…but I am seized with that awful post-novel drain, that nebulous floating feeling that comes after you pour an entire year (or more) into a project that seems to consume your very existence.

END_OF_DOCUMENT_TOKEN_TO_BE_REPLACED 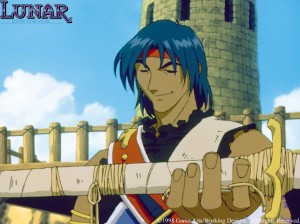 2 a.m. last night found me on my couch, eating fun-sized boxes of Milk Duds and playing Lunar: Silver Star Story on the PS2 Heather left for me after we filmed the book trailer for Amber Benson’s Witches of Echo Park.  I couldn’t sleep, partially because I come from a long line of insomniacs and partially because my husband has a cold, so he was snoring and carrying on.  I was strangely happy in this moment, wrapped up in a fuzzy blanket, having taken control of my insomnia rather than freaking out, like I normally do.

About a week ago, I decided, in my ongoing quest to become a super-productive human with an awesome house who writes a novel every single morning, I started doing Buzzfeed’s “Morning Person Challenge.”  Now I’m generally a pretty decent morning person; by 7 a.m. I have my coffee and am writing at my desk/kitchen table, but I occasionally get in these fits where I decide that my life could somehow be more awesome/pretty/productive and then throw everything into disarray and then break down crying.  There’s a Basic Bitch inside me trying to fight her way out, like a demon.

END_OF_DOCUMENT_TOKEN_TO_BE_REPLACED

Ian and I are getting married in just over a month.  Part of our planning process has been, of course, the magic that is the gift registry and all the possibilities therein.  A stand mixer!  Matching towels!  Pots with lids that fit! I have become a living version of Once Upon a Honeymoon.

But with the very real possibility of acquiring these awesome shiny things, we’ve been doing a lot of soul/box searching and figuring out what to get rid of to make room for the new.  We’ve taken the time to assess what we want out of the next phase of our life and are getting rid of stuff that doesn’t suit the lifestyle we want to have.  Sure, that black Hot Topic dress with the vinyl buckles across the front is goth-cute, but it’s not exactly something I can — or want — to wear while I’m trying to get a quote from the mayor.

And all this cleaning has been great.

END_OF_DOCUMENT_TOKEN_TO_BE_REPLACED

Gang Related is the worst show I’ve ever seen.

I say this as someone who watches it every single week.  We’ll get to why in a minute, but it needs to be said that although previously, I thought Blue Bloods was the worst show I’d ever seen, Gang Related takes Blue Bloods racist, pro-police-state garbage to yet-unprecedented levels of awful. Justified’s boring-ness and complete waste of potential draws more of my ire than Blue Bloods, while the exceptionally frustrating Sons of Anarchy merely annoys me with it’s aggressive Kurt-Sutterness.

But Gang Related, which is basically The Shield-lite, makes me really, really angry.  I’m drawing comparisons to The Shield because that’s A) The Shield is the greatest show ever written and every other show, (including children’s programming) will be measured against it’s awesomeness and B) Scott Rosenbaum is the producer, so he brought this on himself.

In the pilot (SPOILER ALERT: You Don’t Care) Ryan Lopez, who was raised by gangs (one might say he’s related to the gang) but also in the anti-gang unit (which responds to gang–related crimes) watches his anti-gang partner get gunned down by a member of the gang Lopez is related to in a gang-related shooting (OMG DO YOU GET IT YET?!?).  Lopez doesn’t say anything when asked about the shooting and then spends the rest of the show roughing up various low-income minorities yelling “Who shot my partner?”  YOU KNOW WHO DID, YOU DUMB JERK.  YOU. KNOW. 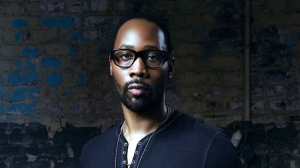 What can I say? I make passes at men who wear glasses

A few episodes later, Det. Knows-Who-Murdered-His-Partner steals a truck full of cocaine for the gang that he’s related to, punches Rza in the face and then walks around saying “Gee, wonder who took this cocaine while I wasn’t around!”  He is surrounded by equally-charmless assholes and Rza, who looks very handsome in his glasses.  Their captain murders a guy because, hey, why not, cops = good.  Detective Lady Cop tries to be Vic Mackey with tits, and there is Det. Asian Cop and Rza, who are okay for being Token Characters (TM), I guess.

Which brings us to Paul Carter, the Internal Affairs officer brought in to investigate Lopez’s partner’s shooting.

Secondarily, Carter is the only non-loathsome character in the show.  Rza had potential, but Carter is there to bring Detective Dickweed to justice for his partner’s shooting, which, by my estimation, makes him the hero. 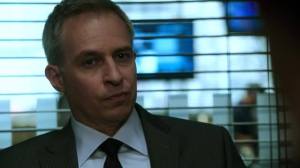 That is one DAMN fine suit, sir

But third, and most importantly, are Carter’s suits.

I have never felt about menswear — or clothing in general — the way I feel about Carter’s three-piece suits.  They’re a thing of pure beauty.  The charcoal grey with the subtle chalk pinstripes in episode two was one thing, but then he brought his A-game the next week with another grey suit, this time with the faintest black check. And I had the weirdest thought as I sat there sweating and gawking at the TV.  “I want to bite the cuff of his jacket,” I thought to my idiot self.  “I want to eat that suit.”

(I may actually be Liz Lemon.  Tests are inconclusive.)

And the vests!  I’m an absolute sucker for a man in a vest.  It says, “I take my work seriously and my women more seriously.”  Blame Han Solo for that fetish, I guess.

Don’t even get me started on Carter’s maroon tie from last Thursday’s “El Zorro y el Gallinero.”  I had to leave the room.

I’ve always loved menswear and went through a considerable phase where I wore suit jackets, ties, even a three-piece pinstriped suit that I had lovingly tailored.  I had to tie my ex-boyfriend’s lone Yoda tie because he didn’t know how to and didn’t own any other ties, and I didn’t wear my own ties all Avril Lavigne style either.

I do own a fedora, yes, and it’s not one of those tiny MRA ones either.  I wear it with my skinny jeans, Betsey Johnson booties, a tee-shirt and a tailored jacket. I look fine.

There’s just something so wonderfully sexy about menswear that just doesn’t come from women’s suits.  If I had to chose between Glamour and Esquire, I’d pick Esquire every time, just to look at the fashion pages.  I love seeing women wearing men’s suits — like Diane Keaton in Annie Hall.  I love the playfulness of it, the subtle sexuality.

And really, is there anything sexier than a woman in a man’s dress shirt and not much else?